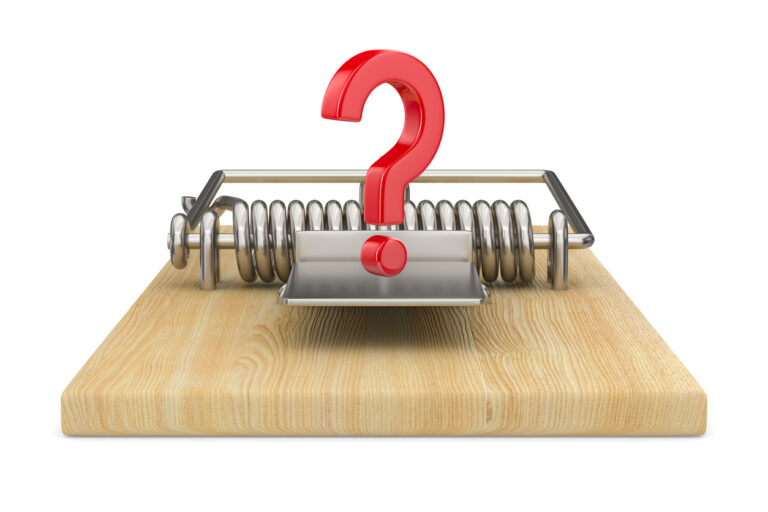 ASKED BY LAZY AND INCOMPETENT AGENTS!

Article written and provided by Neil Jenman from Jenman.com.au . To see the original source of this article please click here. https://jenman.com.au/sellers-beware-the-deadly-question/. Neil Jenman is Australia’s trusted consumer crusader. He can support you, all the way, from choosing an agent who will get you the highest price guaranteed to when your removalist comes! You get an unprecedented level of total support. All for free. To find out more visit jenman.com.au

A few weeks ago, Tony bought a house in a regional town.

The sale was handled by a local agent, a member of a large franchise network.

Tony immediately put the house back on the market for $550,000. He chose a different agent, a local independent renowned for getting top prices.

When the first agent saw that Tony had listed the home for re-sale with a different agent, he was annoyed. He felt that Tony should have given him the business of re-selling the home.

Tony told the first agent that he wanted a higher price, that’s why he chose a different agent.

“But I can get that price,” the agent said.

Tony couldn’t believe what he was hearing. Aside from a slight clean-up (mowing the lawns and a lick of paint) the home was in the same condition as Tony bought it.

The agent basically accused Tony of being unethical for going to another agent to sell the home which he had just bought from this agent. He said: “If you hadn’t done the wrong thing by me, I’d have made two sales.”

If it wasn’t “unethical” to go to another agent, then, according to the first agent, it was definitely unfair.

The logic of so many agents, thought Tony. Always focused on what’s in it for them.

“Everyone would have been happy.”

When Tony insisted that the agent had done the wrong thing by the former owner, the agent raised his voice: “How can it be wrong to get sellers more than they want?”

And there you have it.

Yet another reason many homes are short-sold.

That reason is because so many agents focus on what sellers want instead of focussing on what buyers will pay.

According to Tony, “Blind Freddy” could see the first seller was short-sold by $130,000.

Here’s what happens to thousands of home-sellers…

They call an agent and say, “We want to sell our home.”

The first question most agents then ask is: “How much do you want?”

And that’s the financially deadly question. Especially during a boom (or when sellers are unaware prices have climbed, such as in many regional centres now), sellers grossly underestimate the value of their homes.

Rather than tell them that their home is worth more than they “want,” many agents instantly think to themselves: “Oh great, I’ll have no trouble selling this home.”

As agents know, the lower the price, the easier it is to make a sale.

And hey, what’s the harm – according to incompetent agents – if they “get the sellers what they want.” If sellers are “happy with the price,” agents think it’s a job well done.

But as Alec Jenman from Jenman Support says, “There are two types of agents: The first are agents who ask sellers what they want. The other agents tell sellers how much they can get.”

If you are selling your home and an agent asks you how much you want, be careful. Chances are almost certain that the agent is lazy, incompetent, and uncaring. The amount the owner “wants” is nobody’s business but the owner’s.

Yet, the most common question asked about homeowners to agents is: “What will they take?”

In other words, “How low will they (the sellers) go?”

Here’s a negotiation maxim: “If you reveal the lowest price you will accept, that will be the highest price you ever get.”

The correct answer to give to an agent who asks you how much you want for your home is this: “We want to sell for the best price you can negotiate for us.” You can then put the question back on the agent by saying: “How much can you get for us?”

Under no circumstances must you reveal what agents want you to reveal – your lowest price.

Most sellers are not skilled property appraisers. They are clueless when it comes to the best price for their home. Many times, therefore, the price that sellers “want” is well below the price they can get.

Selling for the highest price takes more effort than selling for the lowest price. And, given that the amount of commission is always high no matter what the price, it’s no wonder so many agents are happy to sell homes for whatever price the sellers are happy to accept.

Happy, happy, happy. That’s the way many agents measure success. If sellers are “happy” the agents pat themselves on the back. The agents got them what they “wanted.”

Short-selling a home is a total betrayal of an agent’s duty. It doesn’t matter whether the sellers are “happy,” what matters is that they got the right price.

The right price is the best price.

To sell a property for less than it could be sold is a betrayal of the seller’s trust. It’s tantamount to an unfaithful partner who thinks that, if they don’t get caught, and the person being cheated on is happy, all is okay.

But, of course, all is not okay.

Sellers need to be careful which questions they answer, especially the “how much do you want” question.

There is, however, one question that all sellers should ask about any agent they are considering hiring to sell their home: “Can this agent get us the best price?”

The best agents know how to get the best market price. And such agents don’t focus on what sellers want. As Alec Jenman says, the best agents focus on doing what they do best – and that’s getting the best result for home-sellers.

The difference can be hundreds of thousands of dollars.