Home » Articles » Blog » HOW NEIGHBOURS CAN MAKE YOU HAPPY AND RICH

HOW NEIGHBOURS CAN MAKE YOU HAPPY AND RICH

previousOFFERS YOU MUST REFUSE
nextWHY AGENTS LIE TO HOME BUYERS 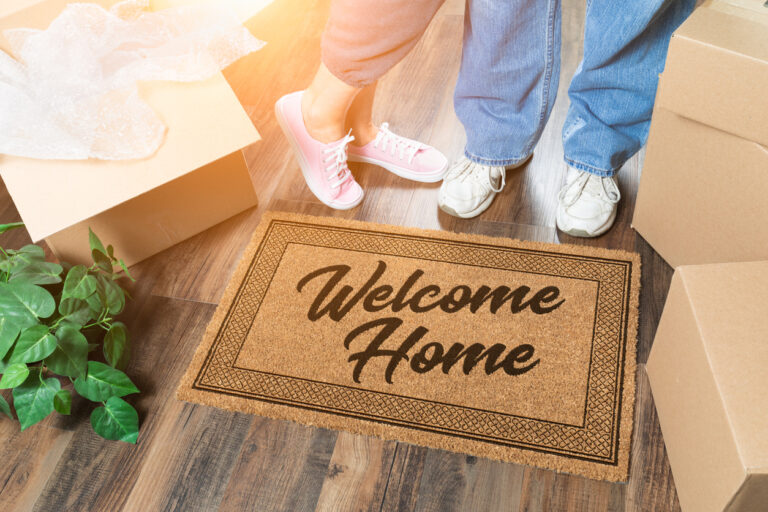 Article written and provided by Neil Jenman from Jenman.com.au . To see the original source of this article please click here. https://jenman.com.au/how-neighbours-can-make-you-happy-and-rich/. Neil Jenman is Australia’s trusted consumer crusader. He can support you, all the way, from choosing an agent who will get you the highest price guaranteed to when your removalist comes! You get an unprecedented level of total support. All for free. To find out more visit jenman.com.au

Whether you are a homebuyer or a seller, this article can have a major impact on your happiness and your finances.

First, let’s talk about buying a home. And your happiness.

His name was Ivan Milat. He was the talk of Sydney.

I remember it like yesterday. But for a creepy reason. I was in my real estate office. One of our salespeople said: “Milat? I know that name.” He then went to his card-box with all his leads.

And sure enough, there it was: A 3X5 card with Ivan and the Milat family and notes and comments. Plus, the dates he visited them – dates that matched the time periods (1989-1993) when backpackers were being murdered in the Belanglo State Forest.

In his comments the salesperson had written “creepy” to describe his thoughts.

It sent a chill through everyone in our office.

It reminded me of another time. I visited a home in Granville. The family at this home wanted to sell – urgently. They had recently been attacked by the teenage son of a neighbour wielding a carving knife. Four family members were stabbed, two seriously. Although none died, the family was, understandably, terribly distressed. So was I. There were still bloodstains near the swimming pool.

What made it worse was the perpetrator had been released. Apparently, he was mentally ill. He was taking medication and posed “no threat”. The family didn’t care. They could not believe he had been allowed home. They wanted out – as soon as possible.

There is a lesson for home-buyers in these two stories: Before you even think about buying any home in any area, always meet the neighbours.

Of course, you don’t ask neighbours if they are serial killers, but you can get some clues into their personality plus discover facts on the immediate area.

Sure, not many of us will live next door to killers. But there are plenty of “undesirables” in neighbourhoods. There are also plenty of those with whom you may be “incompatible”.

And you surely don’t want to spend hundreds of thousands of dollars on a home, perhaps millions, and discover your neighbour is someone who makes life hell for you.

As in this example…

A few months ago, we received a call from a lady who’d bought an apartment in a block of eight. An elderly resident on the top floor, however, clearly had personal issues. A single woman, she was constantly disturbing the other residents. By “disturbing”, she was banging on doors during the night. She was throwing rubbish from her balcony. She was abusing anyone who scolded her or tried to approach her. Two residents had their cars scratched by keys or coins.

It was a nightmare for everyone in the apartment block.

This owner asked us to find an agent who could help her sell-out of this awful nightmare. She insisted upon one condition: She wanted an agent to conceal the fact of the troublesome resident. We declined. I remember thinking what would happen if my sister bought in such a building. It would severely distress her. As it would most people.

I asked this lady: “Didn’t you meet the neighbours before you bought this apartment?”

No. This owner did what most buyers do – she bought without meeting her neighbours.

Like so many things we should do in life, we seldom think of them until we are forced to face the consequences of not doing them.

Here’s how you can check your potential neighbours without causing offence and without risk.

Approach the neighbours on either side of a property you wish to buy – and maybe across the road – and simply say: “Hello, I am sorry to bother you, but I am thinking of buying the home next door. I was wondering if you can tell me what it’s like living in this street (or apartment block)?”

You can also ask a few [gentle] probing questions.

For example, you can ask if there is ever much noise in the street. Everyone should drive past their potential home late on weekend nights. Like inspecting homes in bad weather, it’s common sense to check the immediate vicinity of where you plan to live.

This simple act of gentle caution when buying a home can make a big difference to the quality of your life.

In some cases, albeit rare, it may even save your life.

Now, let’s talk about selling a home. And your finances.

This one tip may do two things: First, it may get you a far higher price. And second, it may save you thousands of dollars in commission and rip-off expenses (like marketing fees).

Before you engage an agent, always let your neighbours – indeed, everyone in your street, know that you are about to sell your home.

The best paying buyers are often those with a compelling reason to want your home. Such as relatives (or close friends) wanting to live near each other.

When I was an agent, there were many middle-eastern migrants in our area. To help me understand them, I learned some of their language. Also, I have always been interested in languages. I did not always immediately disclose my linguistic talents.

One day I showed a Lebanese family a home. As they were chatting to each other (in Arabic), one said to another: “This agent doesn’t know that our parents live next door, does he?”

The other replied, “Be careful, I think he is smarter than other agents.”

I couldn’t conceal myself any longer. I then said, in near fluent Arabic: “Yes, that’s right, I am smarter than other agents. So why don’t we all be straight with each other, and you can buy the home you love so much?”

They bought the home without haggling one bit. The owners were thrilled.

Another time, a Lebanese buyer and a Lebanese seller began negotiating with each other to cut me out. I was standing among them when the buyers said, in Arabic: “How much can we buy this home without the agent?” The sellers replied, “Come back and see us tonight.”

You get a lot of laughs in real estate.

But you can also show people how to save a lot of money.

So many times (indeed, most times), as soon as a For Sale sign is erected, the first people to enquire about a home are neighbours. Granted, some are sticky-beaks. But some are eager buyers. So eager, in fact, they are willing to pay more to secure your home.

How will you feel if your home is bought by one of your neighbours for a huge price and you are then forced to pay an agent, say, $80,000?

For taking the call?

Some friends of ours just sold a property for $4 million without an agent. All they did was let their neighbours know before they listed with any agents.

Plus, they shared what would have been the agent’s commission. Eighty thousand dollars is a lot of money, for essentially doing nothing.

So, never buy a home without meeting your neighbours.

And never sell a home without first telling your neighbours (before listing with an agent).

These two pieces of advice can make you happier and richer.